How to Play Pool by Yourself: 9 Pool Games You Can Play Alone

Most people know that pool is a game that typically requires two players. Whether it be casually playing against your buddy at the local pool hall, or on a more advanced level, pool is a competitive game, pitting one player against another.

However if you don’t have a partner to play with, you can still play. While playing pool is typically done with two people, it doesn’t have to be. You can have just as much fun and hone your skills all by yourself.

In this post we’re going to share with you how you can play pool by yourself along with 9 pool games you can play alone.

Pool Games You Can Play Alone

Pretty much any game of pool you can think of can be played alone with some variation to it. Below you will find some two player games and some games specifically for playing by yourself.

8 ball is one of the most popular games in pool. This is normally a two player game but can be played solo if needed.

To start, rack all fifteen balls like you would in a traditional game of 8 ball with the 8 ball in the center surrounded by the rest of the balls in random order. Break, and then proceed to sink all of the striped balls followed by the solids, or vice versa. Be sure to pocket the 8 ball last and call your pocket for good practice. Solo 8 ball is a great way to keep your skills sharp while having a good time doing so.

9 ball is another popular pool game that can be played solo. Again rack the balls the same way you would as if you were playing with someone else, break, and then pocket the remaining balls in traditional 9 ball fashion. You can even make it a bit more challenging by racing against a clock.

Fifteen in a Row

Fifteen in a row is another great game you can play by yourself. To start, rack the balls the same way you would for a game of 8 ball then proceed to break. You must pocket at least one ball on the break. If you don’t, you have to re-rack and start over again. After the break, you then have to pocket at least one ball on every shot. If you fail to make a shot, you have to start all over again.

The goal is to make all 15 balls in a row without missing a single one. You dont have to pocket the balls in any particular order, although you can if you want to make things more challenging. Again, you can add to the difficulty by racing against the clock or adding any additional rules or caveats that you can think of.

3 ball is a quick, fun game that involves more strategy than precision. It only involves the use of 3 balls, as the name implies. The object of the game is to pocket the 3 balls in the fewest amount of shots. To play, you simply set up 3 balls in a triangular formation, break, and then proceed to pocket the remaining balls in as few shots possible. The break is counted as a shot, while a miss or scratch count as two shots.

As odd as it may sound, you could potentially run the rack on the break. While 3 ball typically doesn’t take long to play, its a great game geared towards helping you plan your shots as precisely as possible. 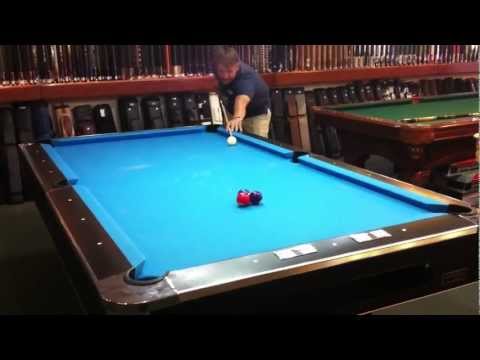 Speed pool is a great way to strengthen your ability to remain cool under pressure. Speed pool is basically a timed version of 8 ball. The game is played exactly like 8 ball is except for the fact that you’re racing against the clock. Start by racking the balls in 8 ball fashion, setting a timer for 20 minutes, start the timer, and begin. See if you can pocket every ball before the 20 minute timer runs out. If you can, reduce the timer by 5 minute increments until you reach your fastest time.

Target pool is more of a drill than a game. The object of target pool is help you learn position play and cue ball control by having you pocket an object ball in a particular pocket from a certain spot on the table, and control the cue ball to a specific “target” on the table. These targets and shot instructions can be bought in the form of a kit, but its a lot cheaper to just use napkins as your target and set up your own shots instead. This is a great way to get better at controlling the cue ball and learning proper shot selection.

Ghost pool is another great solo game thats sure to help sharpen your skills. You set the game up as you would any other game you enjoy such as 8 ball or 9 ball. You then break and proceed to give yourself ball in hand. Place the cue ball wherever you like and then proceed to run the rack in one turn. If you miss a shot or scratch, the “ghost” automatically wins. You only win the game if you pocket every ball in a single turn. Most players opt to race to a certain number of wins to determine if they won or their imaginary counterpart did.

Cowboy pool is basically a game of 8 ball played backwards. You rack the balls in 8 ball fashion and then proceed to the break. After the break, you then begin to pocket your designated balls but not in the traditional manner. In standard 8 ball you strike the cue ball first which then hits your object ball hopefully into a pocket. With cowboy pool, you strike your object ball first, which then has to hit the cue ball before making its way into a pocket. This game is a great way to learn angles and position play. 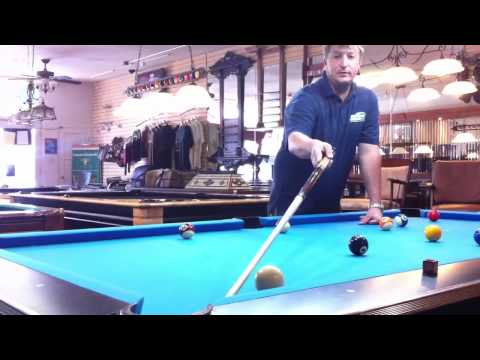 Fargo pool is a game of points and not a race to pocket all of your balls in any particular order or time frame. It is also a call shot game, meaning you have to call your ball and pocket prior to your shot.

You start by racking all 15 balls in 8 ball fashion. After the break you proceed with ball in hand. There is no penalty for scratching on the break. The game is typically played to 10 racks or “innings”. Each inning consists of two phases: a random phase and a rotation phase. During each inning you shoot during both phases which can be changed at any time. During the random phase, each ball you pocket counts as one point. During the rotation phase each pocketed ball counts as two points but you have to contact the lowest numbered ball on the table first.

Add up your total number of points in ten innings and compare them to the ranking chart below. Fargo pool can be a bit confusing without a demonstration. Below is a quick video on how to play. 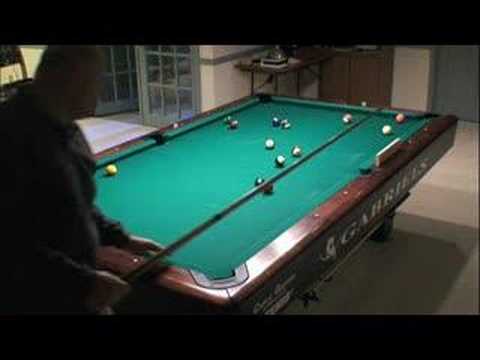 While it may seem awkward to play pool by yourself if you’re in a pool hall, its totally fine. Playing pool alone is a great way to hone your skills and improve your game without the use of an opponent. If you find yourself playing pool alone, here are a few tips to help you make the most of your time.

There you have it! 9 pool games you can play alone. Playing pool by yourself is a great way to improve your skills as a player. Most people, especially casual players, don’t take much time to play solo and it shows when they do play. However, by playing pool alone you can drastically improve your skills at the table and shock all your friends at your next encounter.

Be sure to try out some of the games mentioned above if you really want to enjoy your solo time at the table. I hope this article has been helpful. As always, thanks for reading!

Pool Cue Wrap vs No Wrap: Which is Better?

73 Epic Billiard Shirts Every Pool Player is Sure to Love