Pool is a game loved and enjoyed by millions of people around the world. It usually consists of two players pitted against each other in a fierce battle to be the first one to legally pocket the 8-ball, or 9-ball, or whatever ball the particular game you’re playing requires you to pocket in order to win.

But pool doesn’t have to be played with just two people. In fact, there are some pool games that are great for three players including Cut Throat, Rotation, and Kelly Pool. You can even modify traditional pool games such as 8-ball and 9-ball to accommodate three players.

Cut Throat pool is an elimination style game. It makes use of 15 object balls and the cue ball.

The object of the game is to pocket your opponents balls while trying to keep yours on the table. The last person left with any balls remaining on the table wins the game.

There are a few ways to decide who gets what set of balls but the simplest is just to decide before the game begins. You should also decide the order in which you will shoot prior to the game beginning. You can do this through rock-paper-scissor, flipping a coin, or any other method you prefer.

Once the balls have been decided upon, each player will then proceed to attempt to pocket his opponents balls, not his own. The last person with any balls left on the table wins the game.

On the opening shot, if the shooter pockets any balls on the break, including his own, he gets to keep shooting. Each players turn continues until he misses, scratches, jumps a ball off the table, or fouls.

All fouls result in one of each players balls being placed back on the table. So, if you have already been eliminated and a remaining player fouls, one of your balls gets put back on the table and you get to rejoin the game.

Also, when shooting, you have to make contact with an opponents ball first. If you hit one of your balls first, it is a foul, your turn ends, and one of each of your opponents balls gets placed back on the table.

Remember, you’re shooting at your opponents balls not your own. This is completely opposite of traditional pool games such as 8-ball and 9-ball.

Rotation pool is a pool game based on a point system. There is no race to the 8-ball here. Rotation pool makes use of all 15 object balls and the cue ball.

The object of the game is to score 61 points faster than your opponents or opposing team. The game is typically played to 61 points but that number can be changed if desired.

Each ball has an assigned point value equivalent to its number. For example, the number 1-ball is worth 1 point while the number 15-ball is worth 15 points. The lowest number ball on the table must be pocketed first before pocketing higher value balls. A higher value ball can be pocketed legally if the shooter makes contact with the lowest valued ball on the table first. Points are scored when a ball is legally pocketed.

The game begins with the break, in which the number 1-ball must be struck first. No side breaks are allowed.

The shooting player will then proceed to pocket the lowest numbered ball on the table in ascending order. Each player will continue to shoot until he fails to legally pocket a ball, fouls, or the game is over. Balls that have been illegally pocketed are spotted back on the table.

The first person to reach 61 points (or a predetermined amount of points) is the winner.

If a foul is committed, the current players turn is over and the next player has two options: he may either shoot, or require the current player to shoot with all balls staying exactly where they are on the table currently.

Here are a list of fouls to be aware of:

If the opponent scratches the cue ball or jumps it off the table, the next player gets ball in hand behind the head string. However, if desired, the incoming player can force the current player to shoot instead.

There are no point penalty for fouls. However, three consecutive fouls results in a loss. 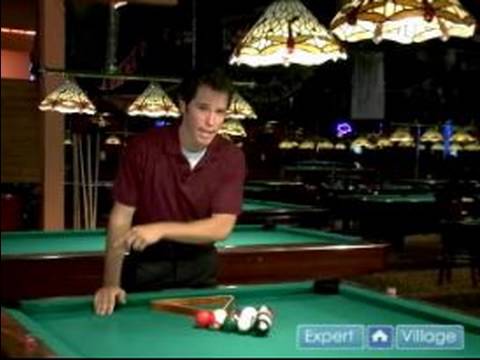 Kelly pool is a rotation game where each player is secretly assigned one specific ball that has to be pocketed in order to win. There is no race to the 8-ball or point system in place for Kelly pool.

Each player has a specific object ball assigned to him. The object of the game is to pocket your specific ball before any of your opponents pocket theirs.

Prior to the game beginning, each player randomly chooses a “pea” from a shaker bottle. The peas are numbered from 1-15 which corresponds with the number of pool balls in play. The number pea you select will also be the number pool ball you must pocket in order to win the game. Each players number is kept secret from the other players. Below is a picture of a shaker bottle with peas. You can check it out here, on Amazon.

After the break, if the breaking shooter pockets any balls he gets to continue shooting. The game is won once a single player pockets their assigned ball.

Kelly pool is a rotation game, meaning that the lowest number ball on the table must be pocketed before moving onto another ball. With that being said, it is considered a foul to contact any other ball than the lowest numbered ball first. If this happens, your turn is over and the next player begins.

If a player illegally pockets a ball, for example, pocketing the 2-ball when the 1-ball is still on the table, that ball is then spotted back on the table at the foot spot. If a player scratches the cue ball or jumps it off the table, the incoming player gets ball in hand behind the head string.

If the current player fouls, scratches, or jumps the cue ball off the table, the incoming shooter has the option to play or require that the current shooter continue. 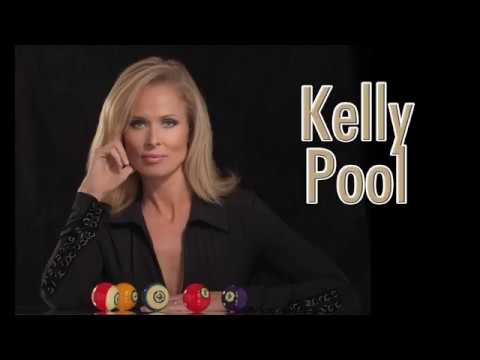 Pool doesn’t have to be restricted to just two players at the table. As you have seen, there are some great games designed to be played with more than two people. Also, feel free to experiment and create your own billiard games. Or modify some games you already know in order to accommodate an extra person. Pool is meant to be fun for everyone. I hope this article has been helpful. Thanks for reading!