What Is A Scratch In Pool? Rules for Scratching in Billiards If you’ve ever played pool chances are it has happened to you. A shot goes amiss, and your heart sinks as the cue ball heads straight for a pocket. There goes the game. Your opponent can put the ball anywhere on the table. Or can he? Is placement limited to behind the head string? Or to the side of the table where the cue ball scratched? What exactly is a scratch in pool?

The Definition of A Scratch In Pool

A scratch is broadly defined as a cue ball driven off the table or pocketed. For most of the game, these actions are considered standard fouls and result in ball-in-hand for the opponent either on the entire table or behind the head string. However, if the cue ball and the 8 ball are both pocketed or driven off the table during a legal 8 ball shot, it results in the forfeit of the game to the opposing player.

A scratch occurs even if one or more object balls are pocketed in the same shot that results in the cue ball being pocketed. The object balls remain in the pockets and the cue ball is replaced on the table according to the rules of the particular game.

If a pocket is filled with object balls and the cue ball touches one of these balls, it is considered a scratch. This due to the fact that the cue ball would have been pocketed if the pocket hadn’t been full.

Definition of A Table Scratch

A table scratch is a term used to describe a number of standard fouls that occur without having the cue ball pocketed or driven off the table. Table scratches usually result in the opposing player getting ball-in-hand. Below are the fouls that fall under the table scratch umbrella.

#1 Failure to Hit an Object Ball 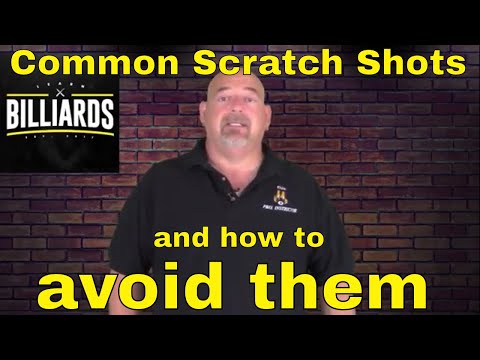 Rules for scratch fouls vary widely. Even two groups of players shooting pool at two adjacent tables can be playing by different rules. As a result, it’s always best to agree upon common rules before the game starts, to make sure all players are on the same page. The rules below are some of the most common, practiced in professional tournaments, bars, pool halls, and rec rooms around the world.

If a player scratches on a break there is only one common result of the foul. The opposing player gets the cue ball-in-hand behind the head string. Any object balls pocketed during the break remain pocketed and the table remains open.

In some unofficial circles, a scratch on a break is an automatic loss, but this is not common practice in the professional pool world or in most agreed upon informal rules.

When a player pockets the cue ball, there are two common outcomes as a result of the foul. The first is ball-in-hand anywhere on the table. The opponent of the player who scratched gets to place the ball anywhere on the table and take a shot. This is meant to deter players from scratching intentionally in order to hinder their opponent’s performance.

Professional tournament rules vary on the use of the kitchen when a scratch occurs.

In most areas table scratches are rare and the results are much the same as common pocketed cue ball scratches. So, depending on the rules of the particular game, two common outcomes are practiced after a table scratch.

The first is ball-in-hand behind the head string and the second is ball-in-hand anywhere on the table. Whichever you choose, the rules should be the same for both table scratches and pocket scratches. This not only keeps the game consistent but also takes away any doubt as to the proper protocol as the result of a player fouling.

In almost every version of 8-ball pool, scratching is considered a foul when shooting at object balls other than the 8 ball. When scratching on an 8 ball shot, the offending player forfeits the game to his or her opponent and the game is over. However, it is only a loss if the 8 ball is no longer in play.

If a player knocks the 8 ball off of the table at any time, that player forfeits the game. If the cue ball is knocked off the table on an 8 ball shot, it is treated as a ball in hand foul and the game continues.

Some rules dictate that a scratch on an 8 ball shot is an automatic forfeit, no matter whether the 8 ball is still in play or not. This is not common practice for most professional tournaments. 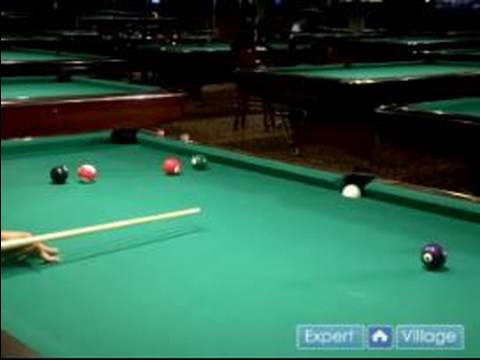 What is a Scratch In Pool: How The Pros Play

There are many different rules for many different tournaments and leagues around the world. The following examples are believed to be the most commonly practiced in North America, in regards to both professional and amateur play.

When a player scratches on the break, any pocketed balls remain pocketed, the offending player loses the turn, and the opposing player can shoot from anywhere behind the head string. The table remains open and the shot is limited to any object ball (aside from the 8 ball) on the other side of the head string.

If a player commits a table scratch, the opposing player takes over with ball in hand anywhere on the table.

If a player scratches on an 8 ball shot, but fails to pocket the 8 ball, it is considered a foul. The opposing player takes over, ball-in-hand anywhere on the table.

If, however, a player scratches the cue ball and sinks the 8-ball (or drives it off the table), the game is forfeit and the opposing player wins.

As you can see there are various ways you can scratch while playing pool and each one has its own set of rules and penalties assigned to it. As stated in the beginning of the article, its always best to discuss the rules with your opponent prior to playing just to make sure everyone is on the same page.

Not everyone is used to played by the same rules so taking the time to clarify prior to playing can be a real life saver! I hope this article has been helpful and as always, thanks for reading!

The Ultimate Guide To Choosing A Pool Cue Tip