The debate over hard and soft cue tips has been going on since these different tip styles came into existence. It’s common for each player to have their preference. A player who uses a hard tip will likely not deviate from that hardness for most of his or her pool playing career. The same goes for those who play with soft tips. But if you’re wondering about what, if any, is the difference, you’re in the right place. Read on to learn all about soft vs. hard pool cue tips: what’s the difference?

The biggest differences between soft and hard pool cue tips are the “feel” of the hit, the chances of miscue, and maintenance requirements. There’s also the small matter of “English” or spin. Some say that soft tips impart more spin on the cue ball than hard tips, but this is highly debatable, to say the least.

Let’s take these differences one by one and then discuss them all at the end to help you decide which is right for you.

Soft vs. Hard Tips: The Feel

There’s absolutely no question that there’s a difference in feel when you hit the cue ball with a hard tip vs a soft one. Softer tips tend to impart a soft “feel” down into the grip hand of the cue. This makes sense when you think about how a softer tip is slightly more malleable and flexible than a hard tip. They also make different sounds when they strike the cue ball. When shooting with a hard tip, you’ll be able to feel more of the impact down the cue and you’ll also get a more resounding sound than a soft cue.

The big question about feel is: Do you care? Some players care a lot. They think that one or the other doesn’t feel right. For some, the feel of a cue tip is the biggest factor. It really comes down to preference and style of play.

The next difference between soft and hard cue tips is the chances of a miscue. Some people assume that soft cues stay in contact with the cue ball slightly longer than harder cues during a shot, which means they’re able to provide more of a “grip” on the cue ball. While this passes the smell test, so to speak, it may not be strictly true. This is the same factor that people talk about when they mention more spin for soft cue tips (more on that later).

Some experiments done by researchers at Colorado State University suggest that the increased chances of a miscue for harder tips doesn’t really have anything to do with how long the tip stays in contact with the ball. Rather, they suggest that the real culprit is how well the tip holds chalk.

Soft tips tend to hold chalk better than hard tips. And, as we know, chalk is incredibly important when it comes to preventing miscues. So, when all else is equal, hard tips miscue easier on off-center shots than soft tips because they have a hard time holding chalk.

But, this is not to say that you can do something about it, which brings us to our next difference.

It’s pretty well-known that soft cue tips tend to wear down and “mushroom” faster than hard tips. As the soft cues compact like this, they become harder. And so they require more trimming and occasional scuffing to allow them to hold chalk well as they see more use. They also need to be changed more often than hard cue tips.

Hard tips, on the other hand, hold up longer than soft ones. They don’t mushroom as easily and so don’t require trimming as often. But, if you want to get the most out of a hard cue (and avoid miscuing) then you’ll need to scuff the tip more often. Regular scuffing will allow the tip to hold chalk better, therefore preventing the chances of miscues on off-center shots.

Soft vs Hard Pool Cue Tips: Is There a Difference in Spin?

Okay, here’s the big one that will probably draw the ire of many pool players. This is kind of why I save it for last. Up until recently I thought that the softer the cuet tip, the more spin or “English” it will impart on the cue ball. Now I’m not so sure.

Those same experiments I referenced earlier by Colorado State seem to suggest that you can get equal spin from both a soft and hard tip, provided you care for each tip in the proper manner.

“Tip hardness (within the typical range) should not have a direct effect on the amount of spin that can be applied.”

You can easily go right now to any of a number of websites and forums and see people explaining why softer tips will impart more spin on the cue ball than harder tips. I’m even guilty of this on this very website.

But, with the absence of any empirical evidence, it seemed like a logical explanation. Until I found out about these experiments, which (as far as I know) are the first of their kind. 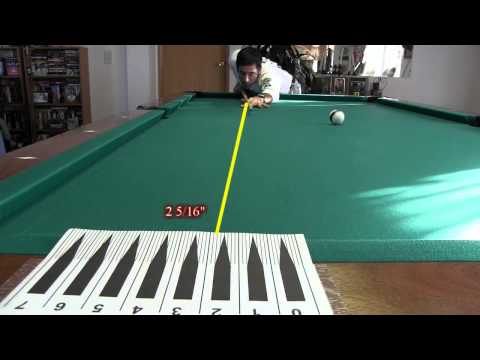 If there is a difference in English between hard and soft cue tips, it’s not enough to be a determining factor when choosing a cue tip. So, how should you choose one?

Soft vs Hard Pool Cue Tips: Which Should You Use?

The best thing you can do to figure out which tip is right for you is play with both hard and soft ones. Go with whichever tip hardness you like best. Whichever gives you the “feel” you prefer is probably best for you. And if you choose a hard one, remember to scuff often and chalk before every shot to avoid miscues!

Are Screw On Pool Cue Tips Any Good?