Billiards vs Pool vs Snooker: What’s the Difference? In this article we’re going to discuss billiards vs pool vs snooker. Hopefully by the end of this article you’ll have all the info you need on all three cue sports!

A Little History On Billiards, Pool, and Snooker

The 14th century is said to have given birth to indoor cue sports, which is a blanket term for the different sports played with a cue. Cue sports are said to have evolved as a result of European nobility’s need to entertain themselves year-round. Games such as croquet were popular, but couldn’t be played in bad weather. Thus, the first indoor cue sports were born as a tabletop version of outdoor games.

The games have evolved since then. In some parts of the world today, the term ‘billiards’ is used to describe all the different games such as snooker and pool. In other parts, ‘pool’ is used in the same manner. There are many different versions that fall under the different headings of pool, billiards, and snooker.

Chances are you’ve encountered someone who has an entirely different idea as to the rules of ‘pool’ than you do. Even if the rules are slightly different around the world, there are widely-accepted versions of the games. We’ll discuss those versions in this article.

Also known as carom billiards, this game is most noticeably played with only three balls and on a table with no pockets. Carom billiards is said to have been the basis from which pool and snooker derived. Carom billiards is not very popular in the United States but enjoys regular play in Europe. Particularly France, where the game is thought to have originated.

Carom billiards is generally played on a 4.7’x9.3’ or 5’x10’ table. 100% worsted wool is usually used as the fabric of choice for carom billiard tables, whereas the ‘felt’ on other tables is usually a mix of wool and nylon.

Worsted wool offers less resistance and so makes it easy for the balls to travel fast on the surface. This is important because of the rules and point-scoring methods used in the game, as discussed below. As mentioned above, there are no pockets in a carom billiards table, which is another big difference in the snooker and pool comparison.

Only three balls are used in carom billiards. One white, one yellow, and one red, although sometimes a white ball with red or black dots will be used in place of a yellow ball. The balls also differ in size and weight from snooker and pool balls. On average, billiard balls weigh 7.5 ounces and measure 2.42 inches in diameter. Different materials have been used to manufacture these balls over the years, such as ivory, clay, and wood. Modern billiard balls, however, are made from phenolic resin.

Cues used in carom billiards are generally lighter and shorter than their common counterparts used in pool halls around the world. The preferred carom billiard cue has a thicker butt, shorter ferrule, a conical taper, and a smaller tip than those cues typically used in snooker and pool.

Although the preferred weight varies depending on the type of game, carom cues generally weigh between 16.5 and 18.5 ounces. They’re also constructed with a wood-to-wood joint and, in high-end cues, a wooden joint pin. Carom billiard cues are usually between 54” and 56” in length. 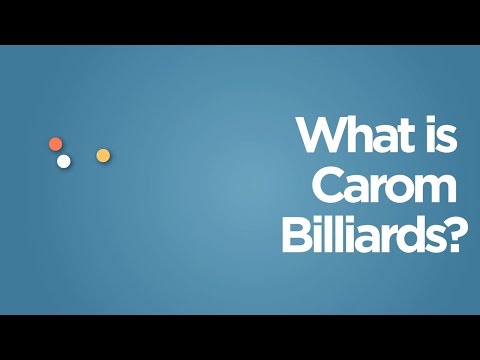 Pool is usually used to refer to 8 or 9-ball, which are the most popular types of games played on standard pool tables. But even within these games are a variety of rules, usually dependent on local customs and preferences. We’ll discuss the most popular kinds of pool played today.

Pool tables come in various sizes. For commercial use, as found in bars and pool halls, the tables are usually 3.5’x7’. For home use, the most common tables are 4’x8’. Bigger tables are used for professional tournaments, measuring 4.5’x9’. No matter the size, all tables have 6 pockets; 1 in each corner and 1 midway down each long side of the table.

The ‘felt’ commonly used on modern pool tables is actually a combination of wool and nylon. When compared to carom billiard tables, the fabric used on pool tables makes for slightly more resistance which can facilitate a slower ball speed.

The surface under the felt on high-end and professional pool tables is slate, while some bar and home tables are made with pressed wood. Slate is the much-preferred playing surface for most players.

Pool balls are usually 2.25” in diameter and 5.5 to 6 ounces in weight. Cue balls for coin-operated tables may be slightly larger than the rest of the balls, but this is not the case for tournament play or standard pool ball sets.

Related Article: Are Aramith Pool Balls Worth the Money?

Common pool cues are generally lighter and longer than those used in billiards. The average size of a modern cue is 58” long. Pool cues range in weight from 18 to 21 ounces in half-ounce intervals. Usually heavier cues are used for breaking at the start of the game, and lighter cues for more accurate shots. However, this varies depending on player preference.

8-Ball is very common in the United States and is played in pool halls, homes, and bars perhaps more often than 9-ball.

8-Ball requires all 15 balls and the cue ball to play. Using a wooden or plastic triangle stored with the table, the balls are racked into formation, with the black 8-ball in the middle.

The ways to determine who shoots first vary, but the first shot is called the ‘break shot’. The two players or teams take turns shooting the cue ball at the object balls until one of them sinks (potts) the first ball into a pocket. The first ball potted usually determines which player or team will shoot solids and which will shoot stripes. The player to sink the ball gets the choice.

From then on, players are only allowed to aim for their own balls. If a player successfully sinks a target ball, he gets to shoot again until he misses a shot or wins the game. If a solid player sinks a striped ball, it is considered a foul and his/her turn is lost. Sometimes this is reversed, with each player trying to sink the other’s balls first. Either way, the concept is the same. The first player to get all of their target balls potted can then try to pot the 8-ball. The first player to legally pot the 8-ball wins the game.

Snooker is very different from pool and billiards in a number of ways. The rules, balls, tables, and cues are all slightly different. The only similarity to pool is the number of pockets in the table.

21 colored balls and a white cue ball are used in snooker. These balls are 2 ⅙” in diameter, as opposed to the 2 ¼” balls used in pool. There are 15 red balls in snooker, along with one each of the following colors; yellow, green, brown, blue, pink, and black.

Cues commonly used for snooker have a smaller tip and a lighter weight than their pool counterparts. Most snooker cues weigh 16 to 18 ounces, with the most common being 17oz. However, snooker cue length is about the same as pool cues, at around 59-inches.

Similar to pool, one player must break at the beginning of the game. After that, the players take turns trying to sink balls in order to score points. The players must pocket a red ball before attempting to pocket a colored ball. Red balls are worth one point each, whereas the other colors are worth different amounts.

During play, the red balls remain in the pockets but the other colored balls are replaced after they are sunk. Each ‘frame’ is over when all the red balls are pocketed, at which point the players tally up their points as recorded during the game. For this purpose, a scoring abacus is usually used to keep track. Snooker is played to a predetermined number of points, with the frames continuing until one of the players reaches that number first. 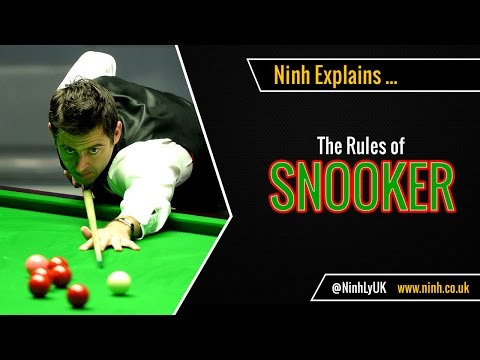 It would take an article ten times the length of this one to describe all the different variations and rules of games played on billiard, pool, and snooker tables. But, now you know the main differences and the most popular games played in the different parts of the world.

The kind of game you play may be different than what’s played at the pool hall down the road. You may play on a big table with a small cue, or a small table with a big cue. Either way, as long as you’re having fun and practicing your skills, keep on doing it. Maybe the rules you play by will be used in tournaments in years to come! I hope this article has been helpful and as always, thanks for reading!