It can sometimes take a little digging to find out where a product is made. In this sense, pool cues are no different. Not many products are made in the USA anymore, as manufacturing is generally cheaper in other countries. However, those pool players looking for a quality American-made cue don’t have to look far. Many companies still make their cues right here at home. Whether you’re looking to support an American business, or simply curious, read on to find out what pool cues are made in the USA.

Note: Some of these brands have different lines of cues, not all of which are made in America. Some are simply designed in America while the actual manufacturing is outsourced to save the consumer money. Any legit seller will be proud to say that the cues are made in America, so it’s not hard to determine.

So let’s dive in. In no particular order, here are the American-made pool cues.

Schmelke is one American cue maker that manages to keep its prices low and has been doing so for many years. But don’t let the low price fool you; these cues are the real deal. They use only quality materials.

The Wisconsin-based, family-owned company has been in the cue-making business for over 50 years. The Sneaky Pete line is perhaps the best known and the most celebrated, although the many other cues they make are of the utmost quality.

The manufacturing process at Schmelke’s 15,000+ square foot facility includes a straightness check at least 5 times to ensure every cue is true. The cues also receive a special UV finish to keep them smooth, strong, and straight even after years of use. 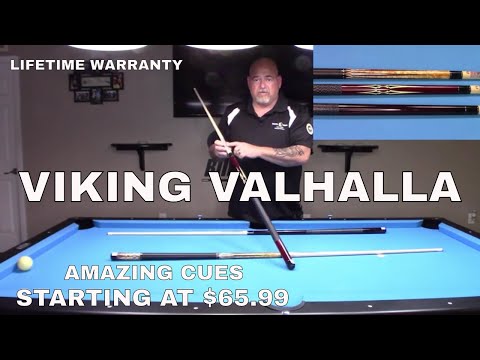 Like so many other cue makers on this list, Viking is a Wisconsin-based company. Founded in the early 1960s, Viking got its start in a basement in Stoughton, WI. The founder of the company, Gordon Hart, traveled around to tournaments and billiard halls personally selling his cues.

The business thrived up until the economic downturn after the 2008 economic collapse. Viking shut its doors in 2010. But nothing can conquer a Viking, and the company was reborn a little later when the original craftsmen were hired back. Today, Viking is a well-known name in the billiard world.

Viking cues are still hand-crafted to perfection. Each shaft is cured for at least two years. Each one is also graded by hand a minimum of three times throughout the process of shaft turning. They use a finger joint construction to ensure a straight and true cue.

Viking’s finishing process ensures great looking and break-resistant cues that shine like glass. Each cue comes standard with an Everest tip from the tip maker Tiger. They also guarantee that their specially-made ferrule will not crack or break for the life of the cue!

Each McDermott cue is manufactured using 150 different processes and procedures to ensure the best cue possible. They use only the finest North American Hard Rock Maple wood for their shafts, and each cue is turned 11 times to ensure durability, straightness, and quality. They also use beautiful, exotic woods for the sleeves, handles, and forearms.

The McDermott cue line is known for highly customizable cues, intricate and exotic inlays, and superb craftsmanship. Each cue also includes a lifetime warranty against warpage and manufacturing defects.

Related Article: Everything You Need To Know About McDermott Pool Cues

Joss cues have been well-known in the business for their quality and style. The company, located in Towson, Maryland, was founded in 1968. Co-founder Dan, and his wife Debbie, still run the company with the help of Stephen, their son.

If you’ve ever seen the movie The Color of Money, you’ve seen Joss cues. Even the cues called by other names in the movie are Joss cues. The movie not only revived interest in pool, but it also helped Joss Cues become very well-known in the billiards industry.

Their cues have always been quality, and many big-name pool players have used them over the years, including Jim Rempe, Minnesota Fats, Mike Sigel, and Eddie Taylor. Each cue includes a limited lifetime warranty. 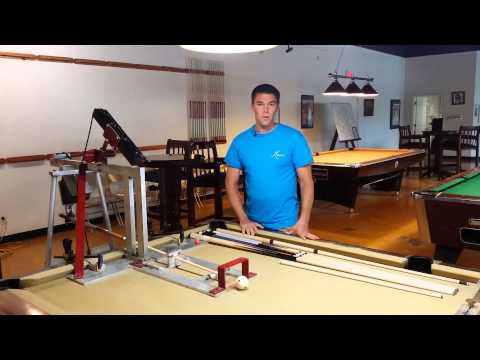 One of the most famous cue makers in the industry has to be Bob Meucci. Located in Byhalia, Mississippi, Meucci cues was founded in the mid-1960s. Bob was one of the first cue makers to help popularize the pro taper, which keeps the cue shaft one size for better precision.

The joint and ferrule construction in Meucci cues makes for durable cues that perform well with minimum effort on your part. The popular Black Dot Bullseye Shaft is laminated with 35 Hard Rock Maple laminations. These cues are designed to resist warpage while maintaining precision and allowing for excellent style.

It is said that more money has been won with Meucci cues than any other. It’s certainly true that many big names in the pool world have preferred a Meucci cue at some point in their careers.

Schon was founded in 1981 by Terry Romine, Sr. The Wisconsin company began as a hobby, as Terry, an avid pool player, began his quest to make the perfect pool cue. Now, decades later, Schon is still known for its hand-crafted cues that are unsurpassed in their beauty, elegance, and design.

Their two-piece cues feature a phenolic-lined stainless steel pin and joint for a snug and solid fit. The craftsmen at Schon outfit their cues with their Schon ferrules and tips, which is no longer the norm today. Just another way Schon remains unique among American cue makers.

If you’re looking for a unique, painstakingly crafted cue, Schon is one American company that won’t disappoint. The STL line is probably the most popular line made by Schon, but they also have other lines that can fit any player’s budget, no matter how big or small. 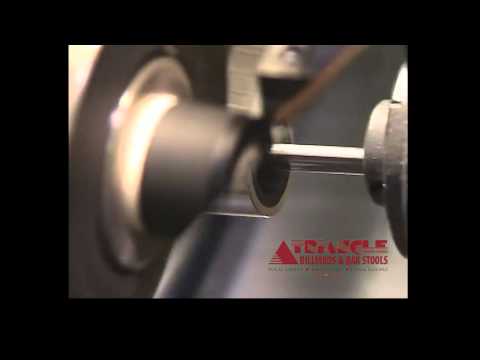 Yet another Wisconsin-based company, Pechauer is the brainchild of Jerry Pechauer, who got his start in the business making cue repairs in his spare time. In 1980, Jerry left his day job and opened a billiard supply store. Soon after he and his son Joe, who had just graduated from high school, got their first big custom cue contract.

Jerry and Joe spent their time studying cue making and design. All the work paid off. A Pechauer cue won Cue of the Year awards in 2013, 2015, and 2017. Today Pechauer cues are well-known in the industry. They even off a carbon fiber cue line that is proving more popular as the technology advances.

Jacoby is another Wisconsin-based company. Founded in 1982 by Dave Jacoby as a cue repair company. Once Dave and his son, Shane, put in their time with cue repair, they started making them. When Shane left the company, Dave’s other son, Brandon stepped up to help run the business.

Many Jacoby cues feature a radial pin joint for solid joining. They use the best materials on the market, making hybrid cues as well as standard cues many people enjoy. The Jacoby’s have been heavily involved in the American Cuemakers Association since the 1990s, which should tell you how quality their cues are.

Jacoby cues are relatively expensive, but they’ve won multiple awards for craftsmanship over the years. Bottom line: you can’t go wrong with a Jacoby cue.

OB Cues is a relatively new company in the cue-making world. And, unlike most other companies on this list, they aren’t based in Wisconsin. OB Cues is a Texas-based company that was formed in 2005.

They have some interesting construction tactics, one of which is hollowing out much of the shaft and placing a cylinder of rubber inside. This maintains the hollow feel of the shaft while serving to reduce vibrations and sound.

While other companies leave their top five inches or so of shaft hollow for low-deflection, OB Cues fill this area with a low-deflection foam to help maintain integrity and strength without adding mass. They also use wooden ferrules, which is another great way to reduce tip mass and therefore limit deflection.

Although the Balabushka company was not founded by an American, it’s definitely an American company. George Balabushka was a Russian immigrant who moved to the USA when he was twelve. He spent most of his life as a woodworker, not coming into cues until relatively late in life. However, the 16 short years he spent making cues had quite the impact on the pool world.

George loved pool and bought a pool hall in New York. He started making repairs to pool cues in the course of running the business. Pretty soon, he was making custom cues as gifts. It didn’t take long for word to get out, causing George to work full-time in cue making in 1964. He died just 11 years later in 1975, but his name is still uttered with awe.

Original Balabushka cues sometimes sell for tens of thousands of dollars. The Balabushka company making cues today is based in Arizona and licenses the Balabushka name. Although these modern cues aren’t quite the same as the cues made by hand by George himself, they are still quality USA-made cues.

What is a Slatron Pool Table?