How Many Balls Are Used in Snooker? Chances are you’ve heard of the billiard game Snooker. It’s not commonly played in America, but it’s still fairly popular in other parts of the world. It was invented in the late 19th century by a British soldier stationed in India and became popular in England shortly thereafter. So, those of us unfamiliar with the sport often ask the question: How many balls are used in snooker?

The answer is a whopping 22 balls. 21 Object balls and a cue ball. That’s 15 red balls, 1 cue ball, and 6 more balls, one each of the following colors: yellow, green, brown, blue, pink, and black. For comparison, 8-ball pool uses 16 balls total, including the cue ball.

The answer above has to do with professional snooker, commonly played in England. However, sometimes snooker is played with fewer balls and on a smaller table. For instance, American snooker is often played on a 10’ x 5’ table with 10 red balls, a cue ball, and one of each color ball listed above.

Snooker Ball Colors and What They Mean

If you’re not familiar with snooker, you may be wondering what the different ball colors mean. Why are there 15 red balls but only one of every other color?

There’s a point system attached to the colors. Red balls are worth one point each. Each of the other balls has a different number of points attached to it, as follows:

During gameplay, each player must pocket or “pot” a red ball first before attempting to play one of the other balls, known as “colors.” The player then receives the points associated with the potted balls during his or her turn. But, if a player fails to pot a legal or “on” ball, then their turn is over and it’s the other player’s turn to shoot.

However, it’s possible to find recreational sets of snooker balls that are slightly larger at 2 ¼” or 2 ⅛”. They also sell 2” snooker sets for small recreational tables. The balls of these sets are smaller because they’re designed to fit the scale of the smaller home tables. The cue ball for each different sized set is the same size as the rest of the balls.

These smaller balls also go along with smaller pockets on snooker tables. Since snooker standard snooker tables are large (12’ x 6’ in England and 10’ x 5’ in America) and the pockets and balls are small, many people consider snooker a harder game than pool.

What Are Snooker Balls Made Of?

Today, snooker balls are made of either phenolic resin or polyester. But that wasn’t always the case. When snooker was just being invented, people used wood or clay balls to play the game. Although these materials were relatively cheap, they didn’t make for great balls. Play was inconsistent and the balls didn’t last long.

Before long, ivory became a popular material for the use of all kinds of billiard balls, not just snooker balls. Unfortunately, the only way to get ivory was to kill elephants. Not only was this inhumane, but it was also very expensive from beginning to end.

The search for a new material for billiard balls came to a crescendo in the mid 19th century when an American businessman offered a reward for a new material that would work for billiard balls. An inventor by the name of John Wesley Hyatt took on the challenge. Although he didn’t actually win the reward money, he wound up inventing celluloid, which was the first synthetic plastic.

Snooker is unique in that they don’t have a specific number for how much the balls should weigh. On billiard balls, like those used at 8 and 9-ball tournaments, the weight of the balls is between 5.5 and 6 ounces.

Although snooker has no set range for the weight of the balls in a set, the rules for professional play do state that the balls of a snooker set may not have any more than a 3-gram weight difference. This ensures that there is not a significant difference between the balls of a snooker set. Since snooker is played on a large table, precision is the name of the game. And if there’s a drastic difference in ball weight, it could throw that precision out the window. 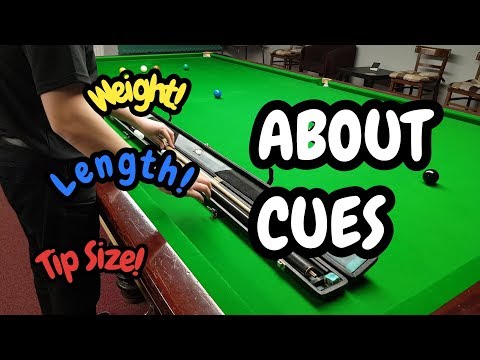 How to Tell if a Pool Table is Slate or Wood

How Much Does it Cost to Move a Pool Table?